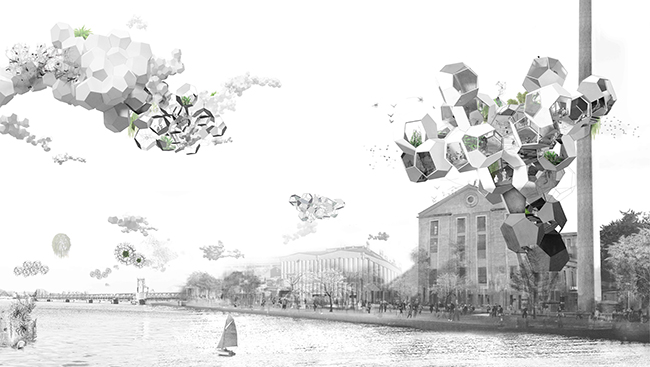 Tomás Saraceno’s floating sculptures, artworks and interactive installations challenge ways of inhabiting and sensing the environment. From collaborations with the air to spider/webs, he envisions renewed relationships with the terrestrial, atmospheric, and cosmic realms. Saraceno’s community projects Aerocene and Arachnophilia furthermore invite all to deepen an understanding of environmental justice and interspecies cohabitation.

Saraceno has most recently exhibited Songs for the Air at Hessischen Landesmuseum, Darmstadt (2020); Moving Atmospheres at Garage Museum, Moscow (2020); Event Horizon at Cisternene, Copenhagen (2020); Aria, Palazzo Strozzi, Florence (2020); La Biennale di Venezia as part of May You Live In Interesting Times (2019); and ON AIR, Palais de Tokyo, Paris (2018). His live concert for/by invertebrate rights, How to Hear the Universe in a Spider/Web, premiered on the Arachnomancy App on New Years Eve 2020 for Culture Roma in collaboration with Zètema Progetto Cultura. On the 25th of January 2020, his project Fly with Aerocene Pacha set 32 world records, ratified by the Fédération Aéronautique Internationale (FAI). In the past two decades Saraceno has collaborated with the Massachusetts Institute of Technology, Max Planck Institute, the Nanyang Technological University, the Imperial College London and the Natural History Museum London. He has lectured in institutions worldwide, and directed the Institute of Architecture‐related Art (IAK) at Braunschweig University of Technology, Germany (2014–2016); and held residencies at Centre National d’Études Spatiales (2014–2015), MIT Center for Art, Science & Technology (2012–ongoing) and Atelier Calder (2010), among others. His work is housed in international collections including the Bauhaus Museum, Weimar; The Museum of Modern Art, New York; SFMOMA, San Francisco; Walker Art Center, Minneapolis; Nationalgalerie, and Staatliche Museen zu Berlin, Berlin. Saraceno lives and works in and beyond the planet Earth. See https://studiotomassaraceno.org/

Build for More with Less 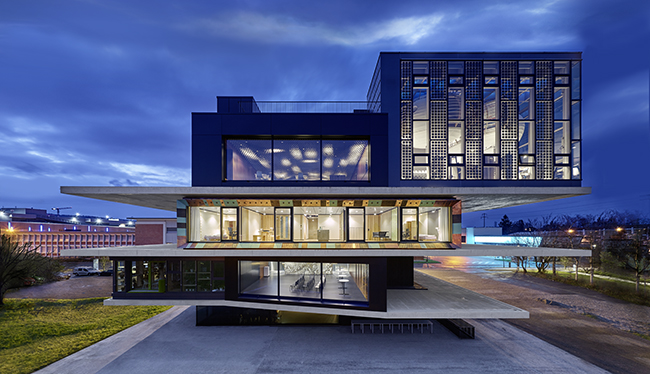 Werner Sobek is a German architect and consulting engineer. He is founder of the Institute for Lightweight Structures and Conceptual Design (ILEK) in Stuttgart and the international engineering consultancy Werner Sobek AG. The consultancy offers premium consultancy services for architecture, structures, façades and sustainability, as exemplified in the Urban Mining & Recycling (UMAR) Experimental Unit, which is part of the NEST research building on the campus of the Swiss Federal Laboratories for Materials Science and Technology (Empa) in Dübendorf, Switzerland. To explore the work of Werner Sobek further see https://www.wernersobek.de/

Cities of Nature - a new paradigm for nature-based urban design 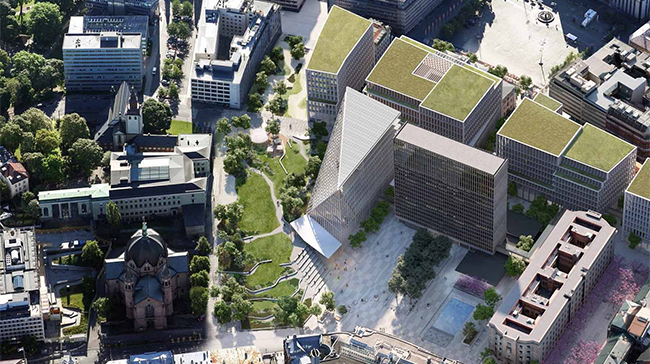 Louise Fiil Hansen is Partner and Design Director in SLA where she is responsible for some the studios' largest and most complex urban projects such as the revitalization and rebuilding of the Government Quarter in Oslo. Across her diverse set of projects from nature-based urban design to integrated security design and climate adaption, Louise has a dedicated focus on how to spatially transform the classical challenges of the city such as pollution, social segregation, biodiversity loss and climate crisis and turn these challenges into possibilities for improved livability. She holds a MSc. In Urban design from the Department of Architecture, Design & Media Technology at University of Aalborg. See https://www.sla.dk/dk/ 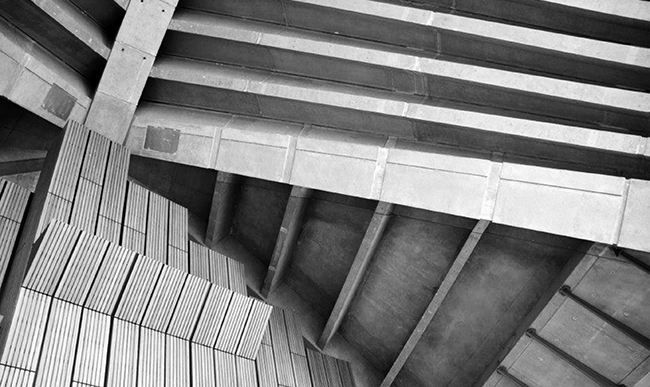 Dr. Franca Trubiano is Associate Professor at the University of Pennsylvania and a Registered Architect with l’Ordre des Architectes du Québec. Her research in the areas of Material Health and Building at Risk are funded by the Mellon Foundations-Humanities, Urbanism, and Design Grant, the Kleinman Center for Energy Policy, and the Perry World House at the University of Pennsylvania. Her research on Integrated Design Advanced Energy Retrofits (2011-2014) was funded by the US Department of Energy. Her edited book Design and Construction of High-Performance Homes: Building Envelopes, Renewable Energies and Integrated Practice (Routledge Press 2012) was translated into Korean and her latest co-edited book Women [Re]Build: Stories, Polemics, Future was published in 2019. Franca was President of the Building Technology Educators Society (BTES) (2015); a founding member of the Editorial Board of the Technology, Architecture and Design (TAD) journal; and a member of Editorial Board of the Journal of Architectural Education (JAE) (2013-2016). http://franca-trubiano.squarespace.com 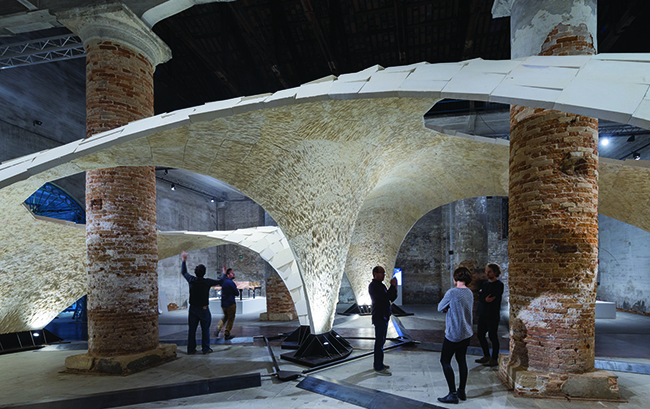 Dr. Philippe Block (°1980) is Professor at the Institute of Technology in Architecture at ETH Zurich, where he directs the Block Research Group (BRG) together with Dr. Tom Van Mele. Philippe is also the Director of the Swiss National Centre of Competence in Research (NCCR) in Digital Fabrication. Philippe studied architecture and structural engineering at the VUB in Belgium and at MIT in the US. Following the motto “strength through geometry”, the BRG applies research into practice on the design and engineering of novel shell structures, developing computational structural design strategies utilising digital fabrication and pushing construction innovation to address the grand challenges posed by climate change. See https://block.arch.ethz.ch/ 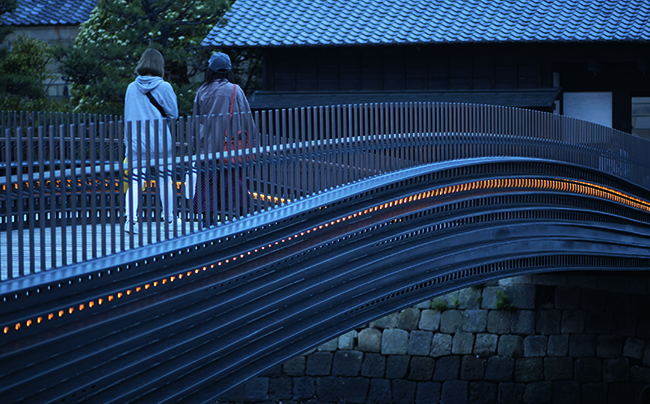 Laurent Ney (°1964) is a civil engineer and architect trained in Belgium and Germany. Since 1995 he has been a lecturer on structural engineering at several Belgian universities. He founded the engineering firm Ney & Partners in Brussels and Luxembourg. In 2012 a satellite office was opened in Tokyo, recently branches were opened in Bordeaux (FR) and Delft (NL). Ney’s approach is marked by research-based design: optimization and form-finding. Constructability and sustainability are integrated into all the designs. Ney & Partners works mainly in Europe and Asia and designs footbridges, bridges, special structures and works in close collaboration with architects for c & s engineering missions. See https://www.ney.partners/