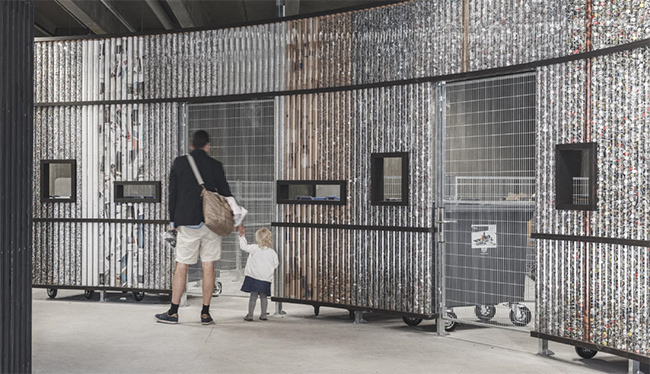 The call for Critical Practices is a new experimental contribution format, intended to bridge research in academia and research in practice through a combined submission of a physical Critical Practice Prototype and a short written Critical Practice Reflection. Hence, the call is for for demonstration of progress into the practice of the synergy of structures and architecture across the architectural scales ranging from details in façade systems, over innovations in spatial gestures and structural configurations of building typologies, to explorations of novel principles for viable urban infrastructures etc. The presentation format at the conference will be a chaired session in the prototype-exhibition where authors present their prototypes followed by a panel discussion and award ceremony. During the panel discussion a ‘Best Critical Practice’ award will be presented and further perspectives for bridging research in academia and research in practice will be discussed. Please join the experiment!

For a design to be ‘prototypical’, it must contain a germ that makes it present also to future generations. Hence, the notion of ‘prototype’ motivates an ecological discussion of how knowledge and matter can be sustained through design. In order to facilitate this discussion at ICSA2022 and in order to initiate and exemplify prototypical modes of bridging of research in academia and research in practice prior to the conference, a panel consisting of leading researchers and practitioners has been appointed:

In order to exemplify directions for potential contributors in this new experimental category 'Critical Practices', the panel members have contributed with a series of perspectives on the notion of 'prototype'. These perspectives are intended as means to initiate the discussion of the role of the prototype in bridging research in academia and research in practice prior to the conference. The panel members have been asked for a statement + an example from their own practice / research:

'This new hybrid research format is a potential to initiate a fundamental and necessary discussion about the application of the prototype as explorative practice across investigation, test, and communication. It raises critical questions about how we can understand the prototype as part of the value chain that we are investigating in the intersection of research and practice, and how can we share the knowledge produced by the prototype?’ 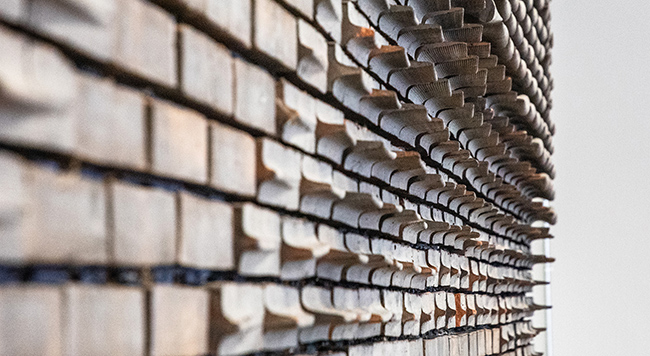 'Acoustic Tile': The project ‘Acoustic Tiles’ is developed through a series of physical and computational prototyping stages, which enable speculative design processes paired with a rigorous experimental procedure of testing and documenting advancements. As a design research methodology, the prototype in this work is understood as a vehicle for exploration, testing and communication, and an enabler for addressing questions and answers that cross disciplinary borders.  Photo credits: AREA / Isak Worre Foged.

‘Using prototypes when working with the grown environment is different than when working with the built environment. In SLA, we deal with urban ecosystems that are inherently uncontrollable: Instead of fixed control, we envision the development of our urban projects in symbiosis with natural growth, social interactions, climate change, etc. Our prototyping is therefore to study natural processes together with our biologists and social behavior with our anthropologists with the goal of coining conceptual ideas about how to spatially transform the classical challenges of the city such as pollution, social segregation, biodiversity loss and climate crisis and turn these challenges into possibilities for improved livability. To us, prototyping means creating the starting conditions from where our cities will grow.’ 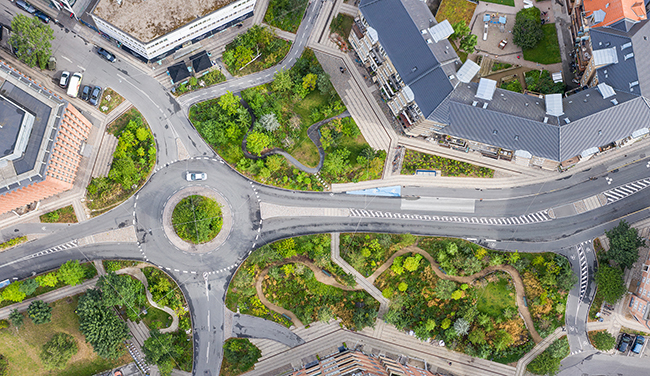 'Skt Kjelds Square & Bryggervangen': As the city’s largest and most radical climate adaptation project to date, Skt Kjelds Square & Bryggervangen is the prototype for how Copenhagen will address and mitigate the challenges of cloudbursts and climate change in the future – while transforming these urban challenges into a public realm that is more social, more green, more biodiverse, and much more livable than before. As such, the project acts as a prototype and as a beacon for how to turn climate challenges into livability potentials – for Copenhagen as well as the rest of the world. Photo credits: SLA

’The idea of prototyping is fundamental to us in breaking new ground towards a sustainable building industry; in principle our entire practice is built upon prototyping. But the notion of prototype must necessarily be questioned and framed critically. In our practice we do a whole series of ‘mock ups’, what you might usually identify as prototypes. However, these mock ups are not in themselves prototypes. The prototype occurs when the process results in a solution characterized by a conceptual quality that makes it recyclable’. 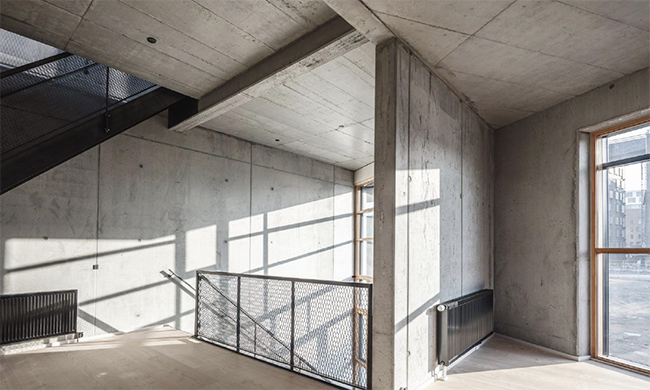 'Upcycle Studios': 60% of the materials in Upcycle Studios in Ørestaden, Copenhagen, are upcycled. This has resulted in a CO2 saving of 45%. The windows come from an energy renovation, the concrete aggregate from the Copenhagen Metro, and the wood is waste wood from Dinesen. Before the innovations were ready to be implemented in the building substantial testing was needed. Numerous mock ups of the glass façade, of experiments with sustainable ways of preparing the wood, and for getting the right concrete mix testing where done in the lab and on site in conjunction with mock ups of the spatial development of the studio-dwelling as a new architectural typology. As a series of parallel investigations, these mock ups together form the prototypical quality of 'Upcycle Studios'. Photo credits: 'Upcycle Studios' by Lendager Group © Rasmus Hjortshøj / Coast.

’'The prototype allows us to integrate research and design through collaborative production of conceptual, digital and physical artefacts. This relates to new forms of practice as much as it relates to materials and objects. The prototype is good to think and collaborate with. It is a tool for experimentation and integration of varied ideas and expertise in order to think outside the established bounds of architecture, which is increasingly necessary to solve contemporary challenges from within design practice. 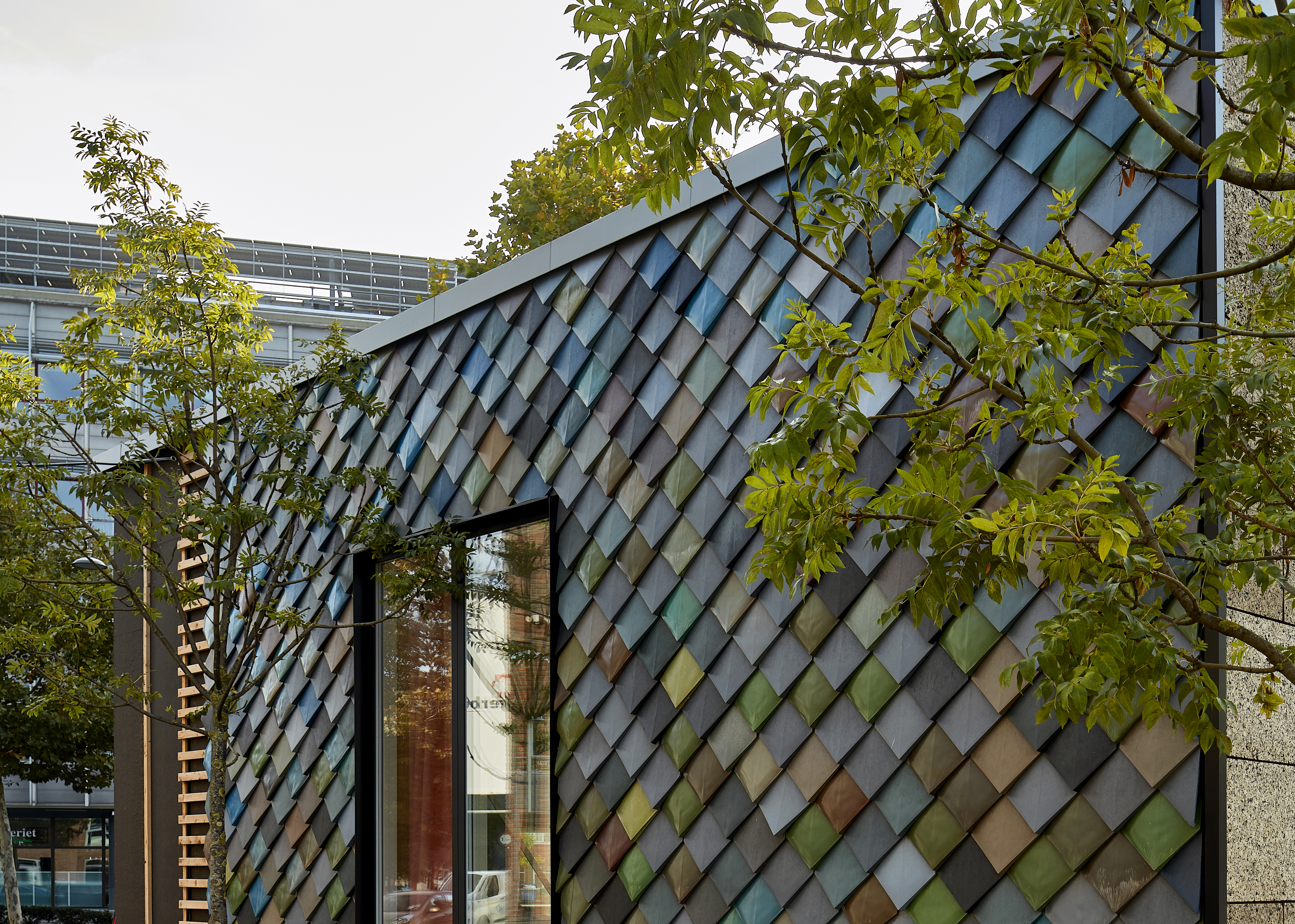 'The Circle House Demonstrator' is a 1:1 prototype and exhibition space showcasing circular design and construction at scale across the building's layers, materials and products. The aim of the Circle House project is to develop and disseminate know-how about circularity in the Danish construction sector by building 60 fully circular housing units. To that end, its architecture is not designed by a single firm, but by four architecture offices with input from more than 60 partners across the built environment. The Circle House Demonstrator prototype, then, is as much a forum for circular and collaborative design as it is a physical building. The partners’ deep and varied expertise were integrated through collaborative design of the prototype and knowledge gained throughout this process was shared between a large number of individual companies. For full list of partners in Circle House project see: https://gxn.3xn.com/project/circle-house. Photo credits: GXN

’In an engineering sense the prototype rests on the threshold of the hypothetical construct and the realisation of the construct. Today the hypothetical – the hypotheses of the engineered performance of a building, a building part or a connection is largely virtual. The prototype for our practice is a logical next step towards the realisation. A bridging point and talking point between the virtual and physical. A bridging point in terms of validation of the expected performance through testing and sensors, and a talking point on aesthetics, constructability and realisation techniques. As our practice probes ever deeper into the decarbonisation of our projects we find that prototyping becomes increasingly valuable as a tool for managing risks, expectations and not least a catalyst for novel ideas and concepts.' 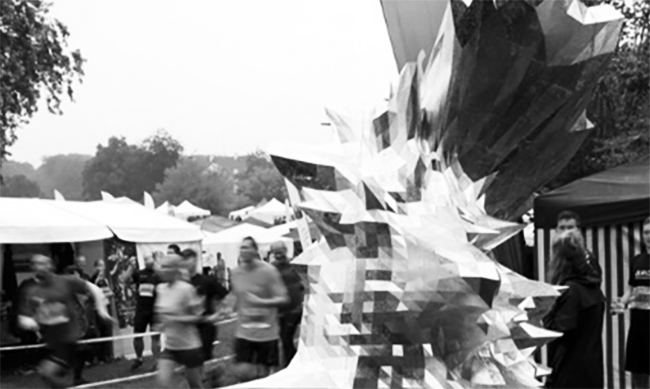 'A decade of pavilions': An annual 5x5 relay run has for Søren Jensen become an annual prototyping and proving ground for new insights and capabilities. Over the last decade we have explored form-finding, off-site manufacturing, computer aided manufacturing, 3D-printing, topology optimisation, parametric design, biological materials and many other evolving technologies. Besides the demonstration in-house capabilities and interests the many pavilions and not least their assembly and disassembly have given valuable insights that have found their way into actual buildings and provided the Søren Jensen team with numerous team building hours.

On 11 February The Danish Society of Engineers & The Danish Association of Architects co-hosted an online information meeting about ICSA2022. Whatch the video for more information about why and how to take part in the conference as a practitioner:

Unfortunaetely the video is in Danish, if you have questions concerning the new Critical Practice format please contact us anytime!